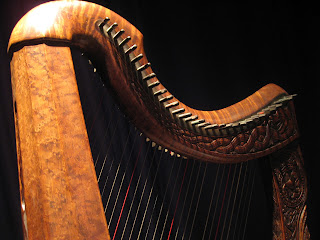 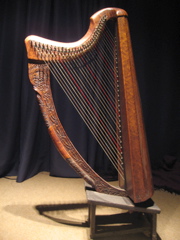 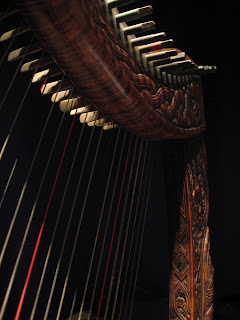 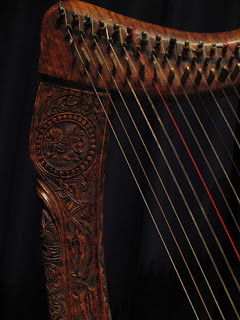 Henry was born in 1879 in Wakefield, Yorkshire, to a well known family of violin makers. His father was the well known violin maker James William Briggs whose violins are very collectable today. In 1893 the family relocated to Glasgow with their violin, cello and viola making workshops. Henry was initially sent to learn violin making in Germany but came back prematurely to make, amongst other parts, violin scrolls in his fathers workshop.

In 1932 Mrs Duncan MacLeod, from the newly formed Clarsach Society, persuaded Henry Briggs to start making clarsachs as their constitution promised to “promote and encourage the playing of the clarsach” but there were no makers at that time in Scotland. He wasn't initially very keen but by 1958 he is said to have made 150 harps. He died in 1963.

He also helped in reviving the harp in Ireland through Mary o' Hara, as she asked him to make several harps when no harp makers could be found in Ireland in the 1950’s.

You can find out more about the revival of the harp in Scotland by reading the very interesting dissertation by Cheyenne Brown  “A study in makers and performers”
http://www.scribd.com

If you want to hear them being played - The Duplets new album  “Leverage” features two  Briggs harps on the final track. http://theduplets.com

Here are some photos of the Dalriada model that Henry Briggs made, based on the Queen Mary Harp that is in the National Museum of Scotland.
Posted by Christine Martin at 04:53